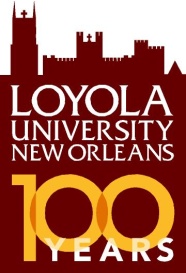 A Louisiana founding collection of rare manuscripts, letters, documents, books, broadsides, and newspapers from the 17th, 18th and 19th centuries has been prepared for public exhibit by students from the Loyola University New Orleans Honors Program.   The exhibit, which is part of the Louisiana Bicentennial celebration, is now on display in the State Capitol’s Memorial Hall in Baton Rouge.  Documents ranging from a 1698 Louis comte de Pontchartrain manuscript to a 1860 New Orleans True Delta newspaper proclaiming South Carolina’s secession from the union covers Louisiana’s founding colorful history.  Highlights include an official 1803 US government printings of the Louisiana Purchase, Governor William Claiborne’s Address to the Citizens of Louisiana on December 20, 1803, War of 1812 Declaration of War, 1815 Treaty of Ghent and the 1821 Adams-Onis treaty along with letters and documents signed by the Duke of Orleans, Thomas Jefferson, James Madison, James Monroe, Robert R. Livingston, and John Quincy Adams.   Also included are accounts of the Battle of New Orleans and an actual Congressional gold medal commemorating the actions of General Jackson and his army.

Professor Yavneh Klos and her colleague, Loyola librarian Teri Oates Gallaway, worked with Honors students to organize and analyse the exhibit as part of a research seminar on the University’s centennial. The documents are on loan to the people of Louisiana by Stanley and Naomi Yavneh Klos.

The free exhibit, which will be on display until ** is located in Memorial Hall of the Louisiana State Capitol.  The Capitol, a National Historic Landmark, is located at N. 3rd St. on State Capitol Drive in Baton Rouge, and is open daily from 8 am until 4:30 pm.

Loyola University New Orleans, a Jesuit institution, is grounded in the liberal arts and sciences, while also offering opportunities for professional studies in undergraduate and selected graduate programs.  The University Honors Program (UHP) is a highly selective academic and co-curricular program designed to challenge exceptionally motivated students of superior academic ability and achievement. 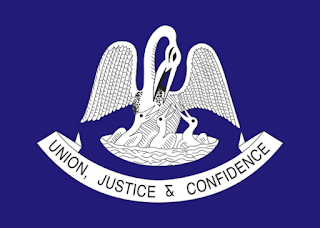 The University Honors Program is a highly selective academic and co-curricular program designed to challenge exceptionally motivated students of superior academic ability and achievement.  Encompassing about 5% of each class and open to undergraduates enrolled in any major, the UHP intends to develop in students a respect for truth, the critical intelligence to seek it, and the skills to express their learning; we are proud to attract and retain a diverse, national pool of high-achieving students with a commitment to excellence in academics, service and leadership.

The Honors Centennial Project - 1912 saw the founding of Loyola University New Orleans, the Girl Scouts of America, Paramount Studios and LL Bean (among others), the maiden voyage and sinking of the Titanic, and the Louisiana State Centennial.  Using primary and secondary source materials to create virtual and physical exhibits regarding these centennials, as well as the Louisiana Bicentennial, this seminar provided hands-on experience and training in humanities research methods useful for course work, potential collaborative scholarship opportunities, and graduate and professional school.

Royal Orléans House – Duke d'Orleans manuscript signed recording the payment of “portion of pension" for the benefit of Sieur Hennequin. The 1752 manuscript also has the signature of Etienne de Silhouette who was a French Controller-General of Finances under Louis XV.  New Orleans is named after the Royal House of Orléans in honor of Philip II, Duke of Orléans, Regent of France, 1715 to 1723.

British Louisiana & Florida - 1763 Account of British Florida/Louisiana - with color map. NOTE: The Florida-Louisiana Parishes also known as the North Shore region, are eight parishes in the southeastern part of Louisiana, which were part of West Florida in the 18th and early 19th centuries. Unlike Louisiana, this region was not considered part of the Louisiana Purchase by the British & Spanish 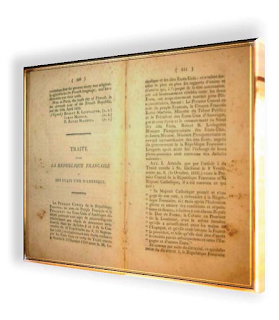 [Thomas Jefferson and Gov. William Claiborne] - Message from the President of the United States, on The Territory of Louisiana. 16th January, 1804.  President Jefferson announces the accomplishment of "this important acquisition, so favorable to the immediate interests of our Western citizens, so auspicious to the peace and security of the nation in general, which adds to our country territories so extensive and fertile, and to our citizens new brethren to partake of the blessings of freedom and self-government." recording the transfer of the Territory, December 20, 1803, by the American Commissioners, Governor William Claiborne of the Mississippi Territory and General James Wilkinson, and by the French Commissioner Laussat, is printed. Claiborne, acting Governor, issues his Proclamation and the Governor's Address to the Citizens of Louisiana on December 20, 1803.

[Madison, James] -  Message of the President of the United States, December 5, 1810.   In this State of the Union address President James Madison's declares that West Florida was included in the Louisiana Purchase and is part of the United States:
Acts of the Territory of Orleans - Acts Passed At The First Session Of The Third Legislature Of The Territory Of Orleans – Dual-language printing, Noteworthy Acts include the establishment of the University of Orleans, An Act granting Robert R. Livingston and Robert Fulton the sole privilege of using steam boats for a limited time in this Territory, President James Madison Proclamation Respecting Taking Possession Of Part Of Louisiana - October 27, 1810, An Act Of Congress To Enable The People Of The Territory Of Orleans To Form A Constitution And State Government, and for the admission of such state into the union, with equal footing with the original states, and for other purposes.

[Declaration of 1812 War]  - Acts Passed At The First Session Of The Twelfth Congress  containing the Declaration of War against Great Britain, The War of 1812. Also many other acts involving the war effort; raising regiments, supplies, naval efforts, etc.. 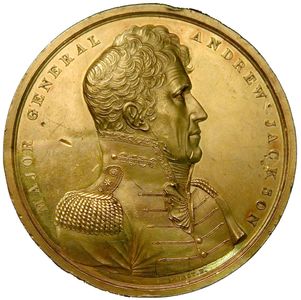 [Battle of New Orleans] - Battle of New Orleans February 11, 1815 account – British Army Repulsed before New Orleans –includes headings: Attack On Right; Attack On The Other Side Of The River; Estimated Losses; British In The Mississippi.   AND  February 13, 1815 Resolutions reported by the military committee, expressive of the high sense entertained by Congress, of the patriotism and good conduct of the people of Louisiana and New Orleans, during the late military operations before that city. AND Gold Medal Resolution expressive of thanks of Congress to Major General Jackson and the troops. Printed by order of the Senate of the United States, 1815.

Acts of Louisiana 1818-1819 -  Dual language printing including: “An Act For The Relief Of The Widow And Heirs Of The Late Governor Claiborne.”  An Act To Determine The Mode of Obtaining The Testimony of The Ursuline Nuns in Civil Causes.”   “Acts  for the Death Penalty for The Attempted Rape Of White Women by Slaves and other People Of Color.”

[Civil War] - New Orleans True Delta, Dec 27, 1860 newspaper.  This issue has headlines and long reports on the Secession of South Carolina from the Union.   AND Philadelphia Inquirer, May 31, 1861 - reports on "The Great Rebellion", "The Blockade of New Orleans", "Stampede  of Fugitive Slaves", and "General Butler's Course Approved", AND  Lincoln, Abraham  – Message Of The President Of The United States  on the Capture of New Orleans.